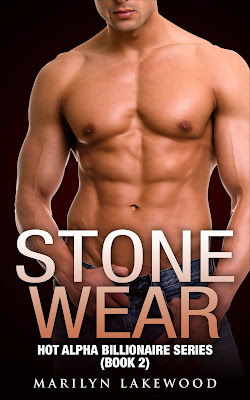 When a woman who loves too deeply meets a man who doesn’t love at all, something's got to give.
32 year old photographer, Jillian Ingram, fills the emptiness in her life with single-minded commitment to work. After the death of her dominant husband, she avoids all reminders of her past and denies her yearning to submit to another man…but when masterful Nick Colton promises to fulfill three of her deepest fantasies, it’s a temptation she can’t refuse. He’s the perfect Dom – hardcore, generous, and temporary. His offer of a weekend affair suits her perfectly, because for a long-term relationship, Jillian needs the one thing that Nick can’t give…love.
37 year old Nick Colton doesn’t want romance. Burned by a recent divorce, all he requires now is a night or a weekend with a woman who likes cuffs, clamps, and hard sex. No talk of long-term relationships and especially love. He’s given up finding that one special submissive who’s strong enough to surrender to his control—until he meets Jillian, the woman of his hottest fantasies. But Jillian’s commitment to her career is as strong as Nick’s aversion to relationships, and when their weekend ends, they must each decide if a commitment to temporary should be a commitment to forever. 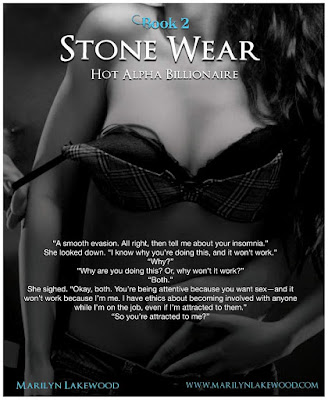 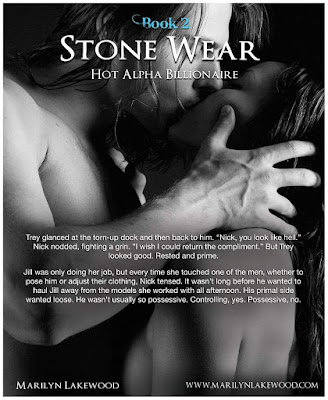 Marilyn and her husband live in the northwest U.S., not too far from the Canadian border. She thinks the long, cold winters are perfect “writing weather.” Most of the time, she doesn’t mind the short days, or the snow—except when she needs to drive in a blizzard, in the dark.
Marilyn started writing sexy stories “just for fun” and she’ll joyously admit she’s obsessed with creating hard-core dominant heroes and happily-ever-after endings.
Writing erotic romance lets her explore love, passion, and sex, through the lens of different characters and settings. It’s also a way to keep her imagination kindled during the September to March “cold snap.” Marilyn loves music, flowers, sci-fi and romance movies, and taking daily walks with Precious, her rescued dog.
She’s a country girl at heart, and although she imagines travelling to distant, romantic shores, her favorite place is home with her family. 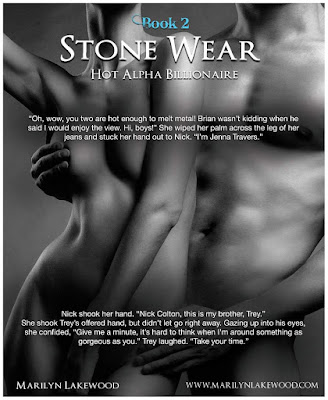 
Nick stood and held out his hand to her. “It’s only eight-thirty. Let’s go for a walk out front.”
Unable to resist, Jill put her hand in Nick’s and let him tug her to her feet. He wants to collect the kiss I promised. She searched his handsome face, trying to pinpoint why he affected her so much. What did she know about him? He desired her, definitely. He was generous, intelligent, and dominant all the way through. What she didn’t know was everything else—about his divorce, his job, his life.
He didn’t know her, either. She wasn't ready to divulge any secrets, but the fact remained that if he knew what type of woman she'd been in the past, and still was inside, he might not be so intent on her.
Jacob had said that loving her was the most exquisite, consuming, and satisfying thing he had ever done―but not always easy. He’d told her if anything ever happened to him, she had to choose a man strong enough to give her what she needed.
“Come on, babydoll.” Nick led her off the front porch and ambled down the drive, holding her hand. “Let’s start working on this.”
“This?” she asked, glancing up at him.
He swung her around and into his embrace. “Yes, this.”
His mouth slanted over hers and his hand threaded through her hair, holding her head. His other arm snugged her against his torso while his lips caressed and controlled her mouth. He nibbled her bottom lip and his hand shifted to her jaw, urging her to open for him. When she did, his tongue pushed inside, stroking, exploring, claiming. Their warm breath mingled, their lips fused in passionate foreplay. Her sex clenched, her knees wobbled, and she sagged against him.
Sweet sin! The man knew how to kiss. He crushed her body to his, holding her up, plundering and demanding surrender. She moaned, and he kissed her harder. He captured her against his muscled chest, shifting their bodies until he had her back against the trunk of a towering evergreen.
“That's it, woman.” He lifted her and fit his hips between her thighs, then guided one of her legs around his waist. His lips and teeth worked down the column of her throat and his hand slid under her camisole. He touched her bare breast.
She jolted.
So did he.
“Hell.” He thumbed the discrete ring that pierced her nipple. “I’m going to lose it right here.”
“You like my piercings?”
He chuffed. “Damn straight. I’ve been hard since I noticed the jewelry yesterday morning.” He kept his hand on her breast and used the other hand to tilt her face to his. His stormy eyes seduced her as much as the thick erection pushed against her clit. “I want to get inside you and make you scream.”
She blushed, self-conscious. “I never scream.” A part of her wanted him to try though. He might be what she needed to soar, to finally get past her self-imposed reserve and restraint. But right now, he was too much too fast.
“You will for me.” He kissed her again, keeping his hips tight against hers. For another cherished moment, she let herself enjoy it. His mastery thrilled her. Moisture dampened her thighs and the crotch of her shorts.
Her body wanted him. Lust, pure and simple.
What if she trusted him with her innermost desires and he didn’t understand? The odds were against finding someone as strong as Jacob. Twice in a lifetime, just didn’t happen. She hadn't really looked for someone else because she didn't want to settle for something less in a relationship. It would feel dishonest and only disappoint both parties.
“I can't.” She pushed Nick's arms to stop him. He felt too good. Too strong and confident, and too much like someone she would desire all the time. Her body sang when he touched her or even looked at her. A ricochet of unsettling emotions blasted through the lustful haze and cooled her fever. “No.”
~
Nick marshaled up every scrap of willpower he possessed and forced himself to stop. Fuck, this girl did it for him. His lungs heaved. His body shook and his cock ached, tight with blood…but he had to slow down. She wasn’t ready yet.
When he swung her up into his arms, he savored her sweet little gasp of surprise and the way she clung like a little koala bear around his neck. He pressed his mouth to her forehead and breathed in the scent of her hair. “Yes, you'll scream―but not because a damned tree is rubbing you raw. If anything makes you scream, it’s going to be me shoved deep in your tight little body.”

Title: The Anti-Boyfriend Author: Penelope Ward Genre: Standalone Contemporary Romance Cover Design: Letitia Hasser, RBA Designs Photo: Nadia von Scotti Release Date: August 31, 2020 From New York Times bestselling author Penelope Ward, comes a new standalone novel. At first, my neighbor Deacon frustrated me. Sure, he was great-looking and friendly. But our walls were thin, and on occasion, he’d bring women to his place and keep me awake while he “entertained” them. As a single mother to an infant, I didn’t appreciate it. So, finally it was my turn. When my daughter wouldn’t stop wailing one night, Mr. Manwhore came knocking on my door.  x Miraculously, at the sound of his voice, Sunny stopped crying. And when he held her…she eventually fell asleep in his arms. Deacon was rough on the exterior, but apparently on the inside? Mr. Single-and-Ready-to-Mingle was a baby whisperer.
Read more