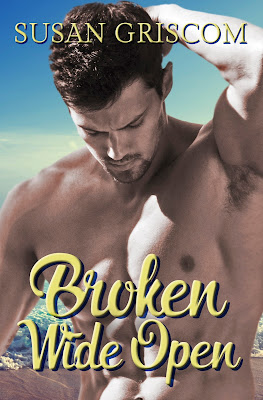 When your heart is broken, sometimes all you need is a gentle smile.
Grace Davidson didn’t have the smoothest childhood, but now, years later, she’s ready to start her new life with her amazing new husband—until she discovers his infidelity…with her best friend. Hurt and betrayed, Grace takes off alone for the exotic resort where she should be spending her honeymoon, only to realize it’s as lonely as it sounds. Until her hunky next-door neighbor says hello.
Leo was just a man Grace met while enjoying her un-honeymoon. They became friends, but that’s it. Yet even after she returns home, she can’t get him out of her head. Too bad she’ll never see him again.
Starting over in a new town after finding her dream job, Grace suddenly runs in to Leo in the last place she expects. But is he the man she believes him to be? Or is her heart in danger of being broken wide open? 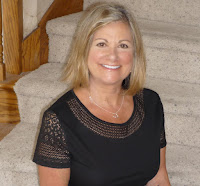 Susan Griscom writes paranormal and contemporary romance. She's hooked on sexy romances and is a huge fan of superheroes and bad boys confronted with extraordinary forces of nature, powers, and abilities beyond the norm mixed with steamy romance, of course.
She loves those days when she gets to sit around in her sweat pants, doing nothing but writing emotionally charged stories about love and violence.
She lives in Northern California in wine country and one of her favorite weekend excursions is wine tasting with the love of her life. Together, she and her romantic husband have five great superhero kids and eight mini-superhero grand kids, so far.