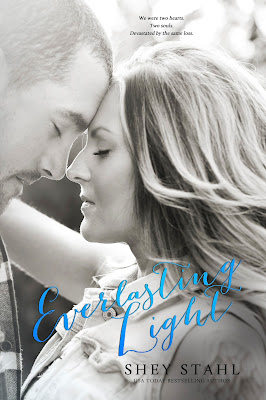 We were two hearts, two souls, devastated by the same loss.
I met Beau Ryland where the red clay danced along the water’s edge, and bursts of light rained
down on us.
A night when the heat couldn’t be escaped.
As he whispered against sun-kissed summer-sweet skin, “Baby, look up and get lost on that everlasting light,” it was easy to believe it would
last forever.
But things changed.
My heart aches when I see him on that stage in front of thousands. I don’t want that voice to
be one I used to know. I want it to be everlasting. 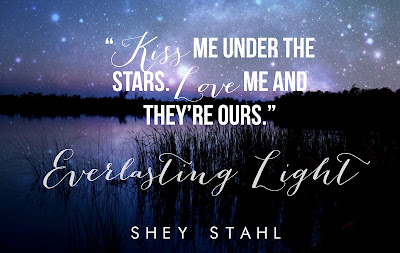 There was no harm in being a college graduate for a weekend. Party. Let myself relax and enjoy
life for once. Slow sip bourbon and shotgun a beer. Get high on the night and breathe in the
smells of lake water and whiskey while dancing barefoot in the Alabama red clay.
I could do this.
Opening the door, country music bellowed through the field, headlights lighting up a field full
of pickup trucks. Among the trucks were hundreds of people, half-naked and swaying with beer and Solo Cups in hand. Smoke swirled from around the fire near
the lake, laughter and music resonating in the air.
So this was what I had been missing out on all these years?
At first, I didn’t think it was much, and then I saw the crowd and heard the music. The warm
breeze and the energy in the air washed through me. The atmosphere was captivating.
I could see the lake in the distance and a large gray home with dozens of college graduates
surrounding it; some I recognized, others I didn’t.
Most everyone was on the lawn leading down to the water or the dock, which sprawled out
and curved around a swimming bend in the lake.
To the right were tents surrounding by a bonfire. Though the sun was still dancing along the
tree line, smoke billowed up while sparks moved and swirled as guys fussed with the logs,
longnecks in hand. A fire shined, glowing brighter as we walked, and the crackling of firewood
could be heard over the conversations around me.
My heart fluttered watching the scene before me. These people were relaxing…living, just letting go of everything and enjoying themselves. I could do that, right?
To my right, Laney wrapped her arm in mine, steering me in the direction of the house where
a keg was on the deck. “Let’s get you a drink.”
“Maybe we could start slow, like with water.”
“No.” She shot me down instantly with a scowl. “We start now.”
The thought of drinking beer made me want to gag. Laney noticed and elbowed me.
“Live a little, girl. Look.” She raised her hand and pointed near the lake to where the bonfire was.
“Let’s grab drinks and head down there. Gavin’s down there with Blaine and Wade.”
My eyes went wide. “You mean Blaine, as in Beau’s twin sister?”
“Yes.” Laney gave me that look, the one that begged me not to be weird. “She’s here.”
I was begging myself not to be weird.
Beau was not only the hottest man on the planet, but he had a beautiful twin sister and a
gorgeous older brother, Jensen. I was actually surprised their parents didn’t have any more kids,
considering how attractive their children were. If I were them, I would have just kept having
kids to populate the world with beautiful Ryland babies.
The keg was surrounded with about five guys, all laughing until Laney and I approached.
Then it was all eyes on us. Laney winked at them when someone handed her two red plastic
cups to fill.
I watched closely as she filled the cups to the brim, before handing me what looked to be urine
in a cup and smelled exactly as I remembered beer to smell like. From the time I was five, to
the day he finally left when I was fifteen, my dad drank every Sunday to the point where he
passed out. Believe me, I remembered the smell distinctively.
Stepping down from the porch, I watched my boots sinking into the dirt. “I hope you don’t
expect me to actually drink this.” I stared offensively at the cup, regretting my thoughts
of shot gunning a beer.
“Humor me. At least pretend to drink it, because there’s Beau—” she brought her cup casually to her lips, smiling “—and you need to look like you at least fit in with this crowd.”
The mention of his name sent my heart thudding out of control. My hands shook, the
beer splashing around over my fingers as I gripped the cup a little too tight.
Laney noticed and shook her head. “I can’t take you anywhere.”
My eyes frantically searched for him, scanning the lawn, the lake, and then I was rewarded
with the sight by the fire.
Beau Ryland.
The love of my life, right there.
His body was leaning casually to one side on a log, a beer dangling in his hand and a guitar at
his feet. Wearing a dark gray T-shirt and jeans with that same old red baseball hat I remembered, he was irresistible. There
was a certain modesty to him, a slow grace in his movements. He was calm, attentive to the
conversations around him.
I wanted to go sit next to him, introduce myself as his future wife and baby mama, and then
have a drink with him. Only my nerves rooted me in place and I realized how
pathetic all that sounded.
He probably wouldn’t even give me the time of day.
As the sun began to sink down, I watched him and the way he interacted with everyone.
Too bad I wasn’t watching where I was walking. Overgrown grass made it hard to see where
we were going.
Not paying attention to my surroundings, Laney and I walked through the yard, my stare on Beau.
And then, as graceful as I was, I tripped over a log as we went down the hill. I wasn’t sure
what it looked like to others, but it was mortifying for me.
I did the move where I face-planted and flopped down the hill into another log. There went my beer, and me, sailing
through the air.
When I landed, on Beau Ryland’s lap.
On.
His.
Fucking.
Lap.